Love has a way of derailing the best of plans.
<br>
Wynter Thompson, divorced with a young child, struggles to balance the demands of her surgical residency with the responsibilities of motherhood -and between the two, discovers there is little time left for anything else. She manages to convince herself that she has everything she needs, because another chance at love is definitely not in her game plan.
<br>
Pearce Rifkin is a woman with a plan, and it doesn’t include a serious relationship. Chief Surgical Resident is just a stepping stone to her lifelong goal - chairmanship at one of the top ten medical centers. Determined to follow in her father’s footsteps, even though she isn’t the son he dreamed of, Pearce has no time for romance. Two women with nothing in common but a shared passion for surgery clash at every opportunity, especially when matters of the heart are suddenly at stake. 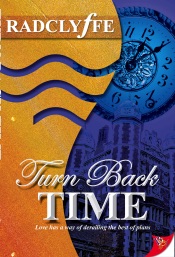