Six months ago, werewolf tracker Dana Gray barely escaped from Cole Randall, the wolf serial killer who kept her in his basement torturing her. Toying with her. He almost killed her, but he couldn’t. He let her live.

Now, she finds herself obsessed with Cole. His voice haunts her, hypnotic and liquid, flowing through her, both horrifying and arousing. She can’t shut him up.

At her job, she struggles with a bewildering case in which rehabilitated werewolves are going astray and killing again. From his maximum security cell, Cole claims he has all the answers. But he'll only talk to Dana.

Maybe Cole knows something. Maybe he doesn’t. Dana doesn’t know. She only knows she’s grateful for the excuse to go to him. And once she hears his voice again, she’ll do anything to see him, whether it helps the case or not. 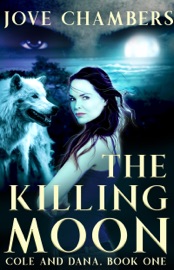