So when he almost runs Autumn down in the middle of Main Street and ends up sipping sweet tea with the prodigal daughter a few weeks later, the good townsfolk take notice. As far as Jude's concerned, the last woman anyone would pair him with is the only one he wants.

No one knew what it cost her to come home.

With her career going down in flames and a family history that reads like a bad tabloid, Autumn Maddox can't afford any more PR disasters if she wants to hold her head up in her old home town. So she's going to do the impossible—smile brightly at every insincerely murmured "bless your heart," ignore every not-so-subtle dig, and pretend the town's sexiest bachelor is a eunuch. Well… two out of three isn't bad, right?

But sometimes the best laid plans don't stand a chance.

Jude's determined to be her knight in shining armor, but Autumn gave up on happily ever afters, small southern towns, and herself a long time ago. What's it going to take to convince the Ladies' Auxiliary, the Rotary Club and the woman of his dreams that their love is meant to be? 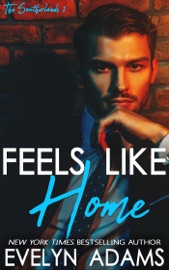