With only a month left in college, Ian is busy enjoying the remaining time with his friends. Since reaching maturity, his life hasn’t been as carefree as it once was, but he’s found a way to fight the destructive urges growing within him by losing himself in women. But that all changes when Paige falls, half dead, into his arms. Driven by the need to keep her safe, Ian flees with her.

Paige spent the past four years of her life training to fight—and kill—vampires. When she’s forced into hiding with Ian, she’s determined to believe he’s just another monster in need of beheading. However, the more time they spend together, the more she realizes that everything she’s fought so hard for may be nothing but a lie.

Ian is determined to make Paige see him for the man he truly he is, and not the monster she believes him to be. He only hopes he can convince her before she returns to her old life... and the certain death she faces.

***Due to sexual content, violence, and language, this book is recommended for readers 18+ years of age.*** 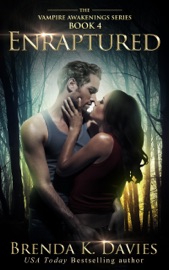